Martin Galea, on behalf of a number of Gozo NGOs, today spoke about the importance of proper planning for Gozo and that rules are adhered to.

“If the area is an OZD or UCA zone, we have to go by the rules that fall under such zones,” he said.

During the GRC meeting, a number of suggestions were put forward by GRC members, including the need for a Planning policy for Gozo and the setting up of a Planning committee made up of experts in the field solely for Gozo. Studies on parking spaces should be included as a member cited an example whereby apartments were being sold without garages or car spaces and this was exacerbating the parking problem in Gozo, especially in narrow roads.

“Apparently, the garages are being sold separately and not with the apartments,” the member claimed.

It was also suggested that Gozo can very well do with a Nature-history park.

The GRC said that the impact of a tunnel needed to be done as both major political parties discuss the tunnel for Gozo. 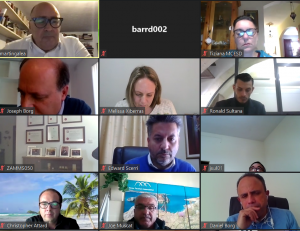