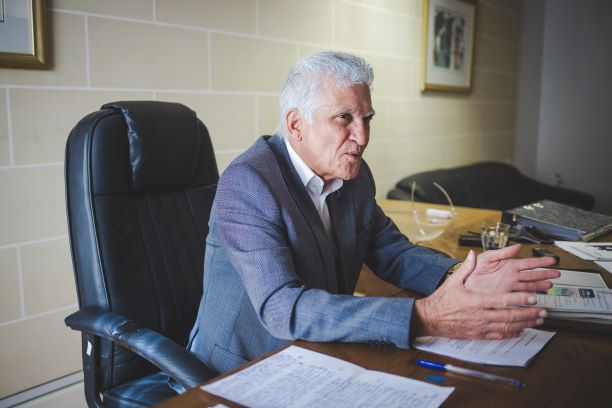 Giving a snapshot of his background, he explained that when he was in the GWU, he wasn’t a full-time official as he was always involved in vocational training mainly but ended up being a top official of GWU as he always volunteered to help.

He explained that Council members, comprising of employers and unions, have the chance to engage in bilateral sectoral agreements without the need of MCESD having to be informed, meaning discussions held outside the MCESD Council meetings. He also spoke about the Trade Union Council (all unions fall under TUC) and said the strength of unions through TUC has increased.

He spoke about the fact that MCESD keeps social dialogue alive but strikes a balance between unions and employers although they have different  interests.

“We give everyone the freedom to express their opinions on their vested interests but MCESD is there to discuss national priorities first and foremost.” 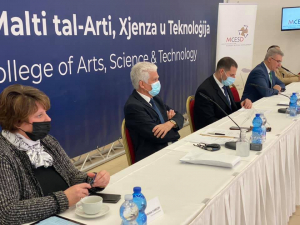 He also highlighted that when he was appointed chairperson, research was limited on the issue to be discussed within MCESD and therefore he came up with the idea of having evidence-based information for Council members prior to each and every MCESD meeting.

“In this regard, I recently introduced a Steering Unit made up of experts from various fields to conduct research.

“My next step is to see that MCESD takes the leap of informing to engaging.

“Engaging in this case means that if a proposal is put forward within MCESD and the Government takes it on board, members need to take responsibility and not back out.”

On remote work, he said that telework started before the pandemic through a pilot project then was extended throughout the pandemic. We need to look at telework objectively. He also cited as an example Nomad work, when asked if every worker should be in a trade union. How can you tell who the employer of Nomads is for instance when they work from different countries? he asked.

Having a background of trade unions, he was also tasked to give his take on various union-related issues, replying to questions made by programme listeners.

Proper Planning for Gozo needed, including impact of tunnel
Scroll to top