The annual MCESD meeting on the pre-Budget proposals was held in the presence of Minister under the Office of the Prime Minister Carmelo Abela. 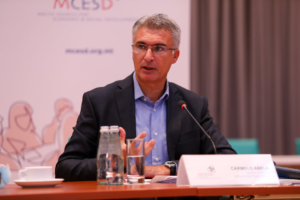 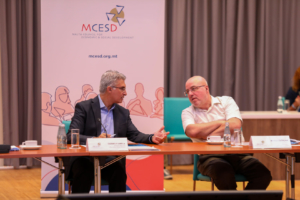 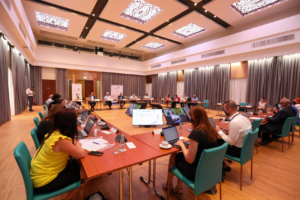 Hon Caruana said that Malta had the resources to combat the pandemic while other countries had to struggle as they hadn’t the resources. He said that as a result of the Government’s tough decision-taking during the pandemic, Malta can now boast of lower unemployment levels than the levels registered prior to the pandemic, and more workers entering the labour force.

Hon Abela said that the upcoming Budget is aimed at enhancing the economy and seeing that the fruit bore as a result of a good economy is divided among the people in a just manner.

Ms Anne-Marie Darmanin, who is tasked with handling the reports of the working groups set up by MCESD and which currently focus on five specific themes, gave an insight on the reports of the researchers. A consolidated report on the themed proposals were presented to the Finance Minister. 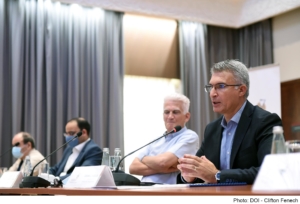 Minister within the Office of the Prime Minister Carmelo Abela and Minister for Finance and Employment Clyde Caruana discuss with social partners their proposals for Budget 2022, during an MCESD meeting

Press Release published by DOI on the MCESD meeting