“The aim behind the study focusing on the concept of basic living income is to ensure a more decent income for everyone,” said Minister Abela. He remarked that the discussion about this concept became more pronounced after the historic agreement on the national minimum wage prior to the 2017 general elections. He added that this study is also included in the government manifesto and therefore – by carrying out this work – the government is implementing another promise. 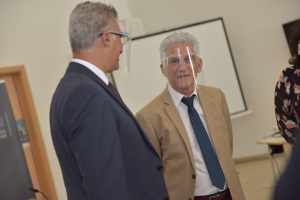 The Minister said that economist and professor Joe Falzon will be carrying out this research. He will be initiating the analysis by considering how other countries have tackled this concept. He will be also presenting preliminary cost estimates of the ideal model of basic living income to be implemented in our country, and how this compares to the main social security systems currently being offered. The outcome of this research will be presented to MCESD members for further discussion.

Minister Abela said that separate meetings have been held in the past days with all social partners to discuss the recent developments which have impacted work conditions as well as the need for a revision in law and legal structures related to work conditions. In this context, he announced the setting up of an MCESD committee which will focus on remote working. 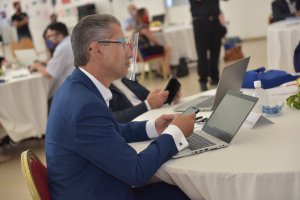 During his speech, Minister Abela spoke about the issue of gender pay gap. “Over the last few years, various initiatives have been taken by the government to ensure that more women go out to work. I believe that these initiatives have been successful, but we have not achieved our aims yet. We want to see women have access to more important roles that naturally pay more. Therefore, we are here also proposing that there be another committee to address this issue,” Minister Carmelo Abela concluded.

MCAST Principle and CEO Profs James Calleja also spoke at the beginning of the meeting. He said MCAST’s doors are wide open for MCESD and social partners to hold their meetings on campus. 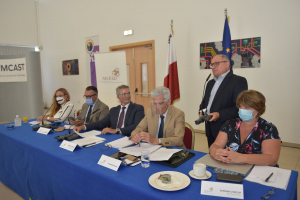 Key points raised during the consultation between Minister Carmelo Abela and the social partners;

Regarding the future and flexibility of work, the points that emerged were the following;

• More flexibility to be used as required;

• Equal trust between the worker and the employer;

• The link between deliverables and office time;

• According to the ILO, one in four jobs can be carried out from home;

• Not everyone wants to work remotely and not everyone is able to work under these conditions;

• Any prospective agreement must benefit both parties.

The Employment and Industrial Relations Act, which raised the following points;

• The concept of Force Majeure

• To ensure that the Low Wage Commission continues to operate.