An MCESD meeting today focused on Brexit developments and the impact of Covid-19 on the mental health of the workforce.

Minister Carmelo Abela and Parliamentary Secretary Stefan Zrinzo Azzopardi addressed the meeting. A presentation was made by Dr Kurt Xerri of Rethink on the report on the impact on the mental health of the workforce as a result of Covid-19. Another presentation was made by Mr Leondro Borg from the EU coordination Department on the latest developments tied to Brexit.

A final report on the operations of MCESD tied to an EU-funding project by the Malta Chamber of SMEs which deals with a study on how to improve social dialogue, prepared by the EMCS, was also submitted and presented to social partners.

A recent local development was the appointment of Mr Mario Vella as Special Commissioner for Economic, Financial and Trade Relations with the United Kingdom.

Parliamentary Secretary Stefan Zrinzo Azzopardi emphasised that as of the 1st of January – the end of the transition period – European Union law will no longer apply to the United Kingdom.

The Parliamentary Secretary referred to the work done by the Customs Department by increasing resources, as well as preparing for the changes brought about by BREXIT, including new procedures and tariffs. He referred to other preparations which are being conducted by Identity Malta to register English residents in Malta, together with the work of the Ministry for Health and the Medicines Authority regarding the importation of medicine. 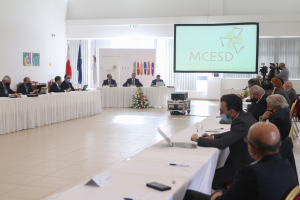 ‘As a Government, we have taken up initiatives to explain and communicate better how one can be more prepared. A document was prepared and launched a few days ago, as a result of the coordinated work which we have conducted to be able to provide the information needed so that those who will be impacted can prepare as well,” said the Parliamentary Secretary. 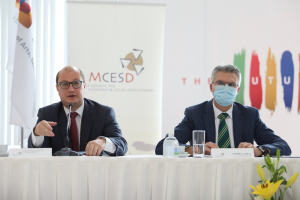 For more information, one can visit www.brexit.gov.mt to keep up to date on important information which is continuously being updated through notices and information according to what may be required. Direct assistance is being provided to citizens and businesses alike through the BREXIT helpline number 153 and email [email protected], where individual questions are being answered in more detail.

Impact of COVID-19 on the mental health of workers

The Minister responsible for working conditions, Carmelo Abela, mentioned that, with regards to the effects on mental health that the pandemic has left on our workers, he believes that this is an issue that must be given the importance it deserves. Amongst which, one can see issues related to job security and associated tensions, as well as housing payment issues, although a moratorium has been provided. 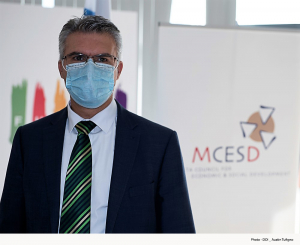 Minister Abela referred to the worries faced by those workers who have fewer academic qualifications who feel that they are helpless and also vulnerable at this time. Consequently, according to Minister Abela, one should look at the continuing need for reskilling and upskilling to help these individuals even more. He also referred to self-employed individuals, who are perhaps the most psychologically affected by this instability in the world of employment.

Minister Abela also spoke about the effects of Covid-19 on women’s participation in the world of employment. He said, “In a context of crisis, unequal social structures see women facing more precarious employment situations and bearing a greater burden of responsibilities. Confinement measures and school closures have further increased women’s responsibilities. We need to ensure that this is addressed, first and foremost, for the mental health of this category of female members of our society and also because of the effect this has on our workforce.”

Minister Abela said that the work of the MCESD is already underway with changes mentioned in the report, including that the MCESD would start to guide itself on professional studies. The objective of potential changes to the MCESD governing law should always be in the spirit of strengthening the social dialogue, as has been seen in these months of pandemic. 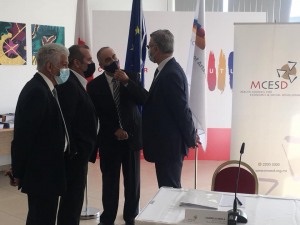 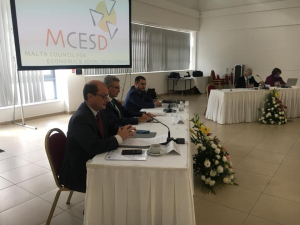 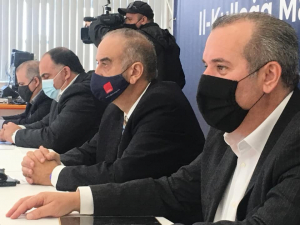 The report on mental health can be viewed here:

The time is now: MCESD chairman’s message on MCAST apprenticeships
Scroll to top