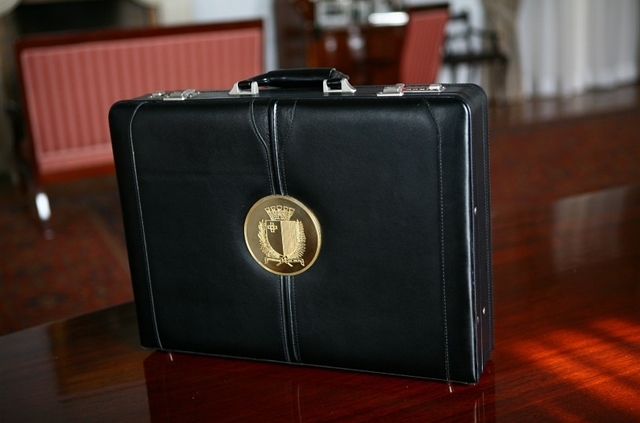 The Malta Council for Economic and Social Development (MCESD) plays a vital role in bringing social partners together and facilitating a healthy discussion on national priorities. The MCESD is undergoing an informing to engaging phase. The MCESD is expected to meet the Finance Minister at the end of the month to discuss the pre-Budget proposals by social partners who are members of the MCESD Council. DUNCAN BARRY writes…

As the Budget nears – an annual national priority the Government is currently compiling – social partners will give their take on the subject during a pre-Budget MCESD meeting on August 31.

The Government is one of the social partners forming part of the MCESD Council. Other members include representatives of trade unions, employer organisations, the Civil Society Committee and the Gozo Regional Committee; in this way Government has a first-hand account of the views of social partners.

MCESD holds its annual meeting prior to the Budget whereby all social partners put forward a list of proposals to be considered by the Government – the aim of which is to eventually have a positive impact on society at large.

Minister for Finance, Clyde Caruana, will meet with social partners at the end of this month during one of the monthly MCESD meetings to discuss these proposals after which a report will be compiled and presented to the Finance Minister on the day.

Last year, then Finance Minister Edward Scicluna lauded the report compiled by MCESD in conjunction with independent experts and found the report to be highly relevant and helpful.

This year, a number of working groups set up by the MCESD, comprising also of researchers, are working on five specific themes: Environmental Sustainability, Fairness, Productivity and Innovation, Fiscal Stability and Short-term Recovery Measures.

The reports by the working groups have been finalised and will be presented during the meeting. Worthy of note is that the body of research emanating from these working groups is to feed into the Governmental policy-making cycle, including the national pre-budget and budget documents, however not limited to the Budget but also to other national priorities, as envisaged within the National Post-Pandemic Strategy launched last June.

The difference to other Budgets pre-Covid is that the Government now has a bigger task due to these highly challenging times – to introduce steps to enhance ease of doing business and to encourage start-ups to set up shop through a number of new incentives to continue to generate business activity.

MCESD is working with diverse sectors of the economy who have in-depth and sound knowledge of challenges surrounding the economic growth along with practical solutions to those challenges.

The continued development of a national economy is one of the top priorities of the present Government. It has a great significance as it paves the way to economic reform and stability while also attempting to reduce the labour shortage issue across the board. The chairperson of the MCESD, Mr James H. Pearsall, would like to acknowledge the efforts by the working groups and hopes that these recommendations will assist the Government in terms of enhancing economic growth and minimising poverty. Meanwhile, the MCESD will continue to play its important role so that “together we can make this country economically sound and prosperous – both for today’s needs and for the future”.

“MCESD acknowledges its Council members’ input and for serving their role for a national cause,” Mr Pearsall added.

The Minister under the office of the Prime Minister, Carmelo Abela, will also address the meeting.

Minister Abela highlighted: “Our country’s strong and effective social dialogue reaches an important point when it comes to the Budget. It is always important to listen to what the social partners propose to the Government during the important process of putting the Budget together. Through the MCESD, multiple financial support packages to businesses and people were agreed upon during the most challenging months of the pandemic, and therefore it is important to keep social partners in the loop when putting together next year’s Budget, which will assume unprecedented importance in terms of the post-Covid recovery period.”

The article appeared in The Malta Independent print and online versions. The Times of Malta ran a news story on the topic.

The author is Media Officer and Events Coordinator at the MCESD.